Home
/
Toyota
/
Upcoming 2024 Toyota Tundra: What You Should Know

When the 2022 Toyota Tundra redesign arrived, it marks 14 years since the full-size truck retains the same basic model. Notably, rather than offering a major transformation, it comes off more as a more advanced modification with unchanging blueprint. While its 2023 model year is predicted to roll out as a carryover model, read below what to expect from the 2024 Toyota Tundra. 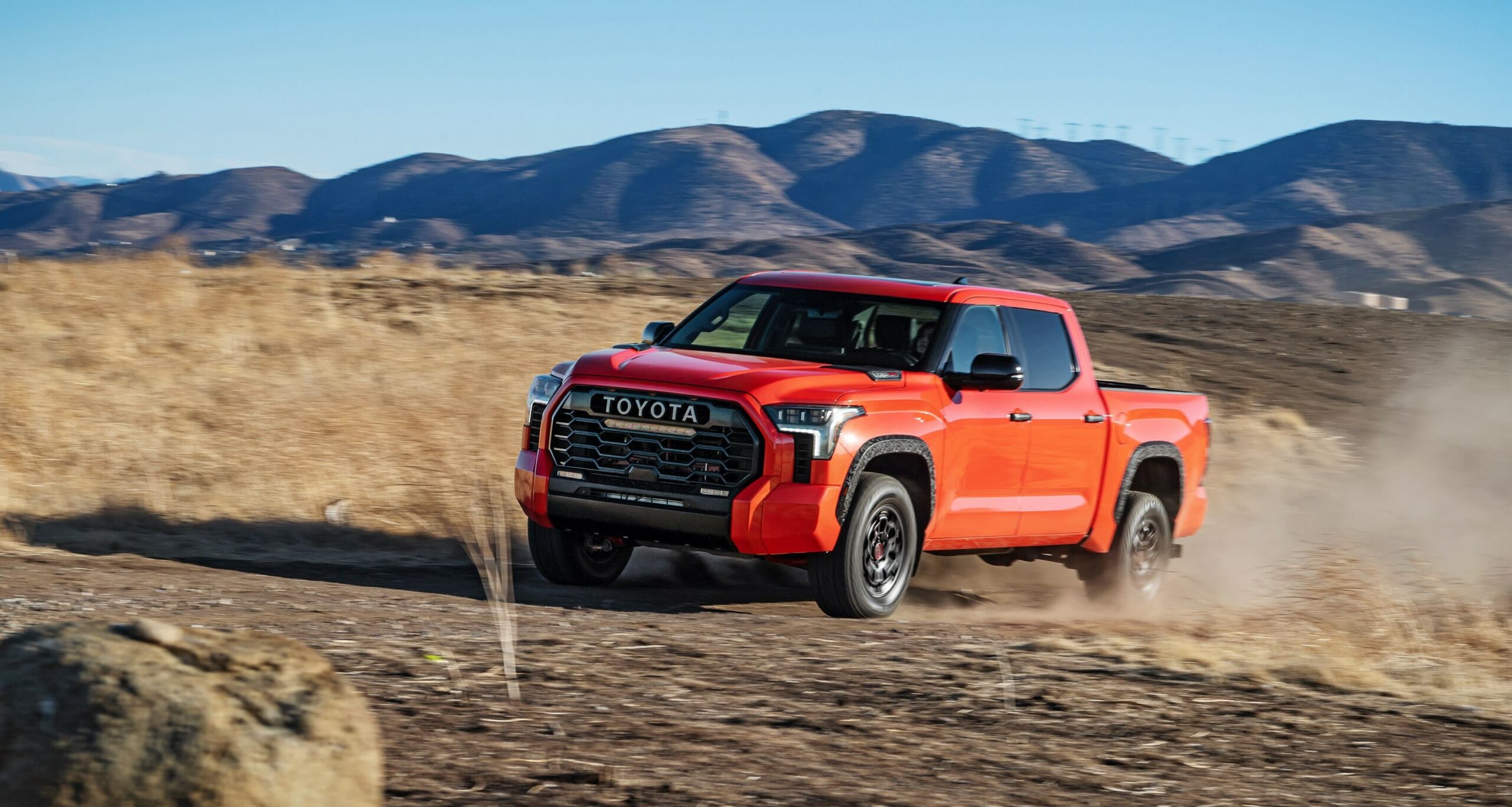 Predicted Engine to be the Same

The Tundra made its debut in 1999 where it became the first full-size truck that comes from Japan to the United States. It was unveiled as a direct competitor to other same-class vehicle models such as the Chevrolet Silverado and Ford F-150. The Tundra had been built in Toyota’s Princeton, Indiana manufacturing plant until 2008 where the production was moved to San Antonio, Texas assembly plant. 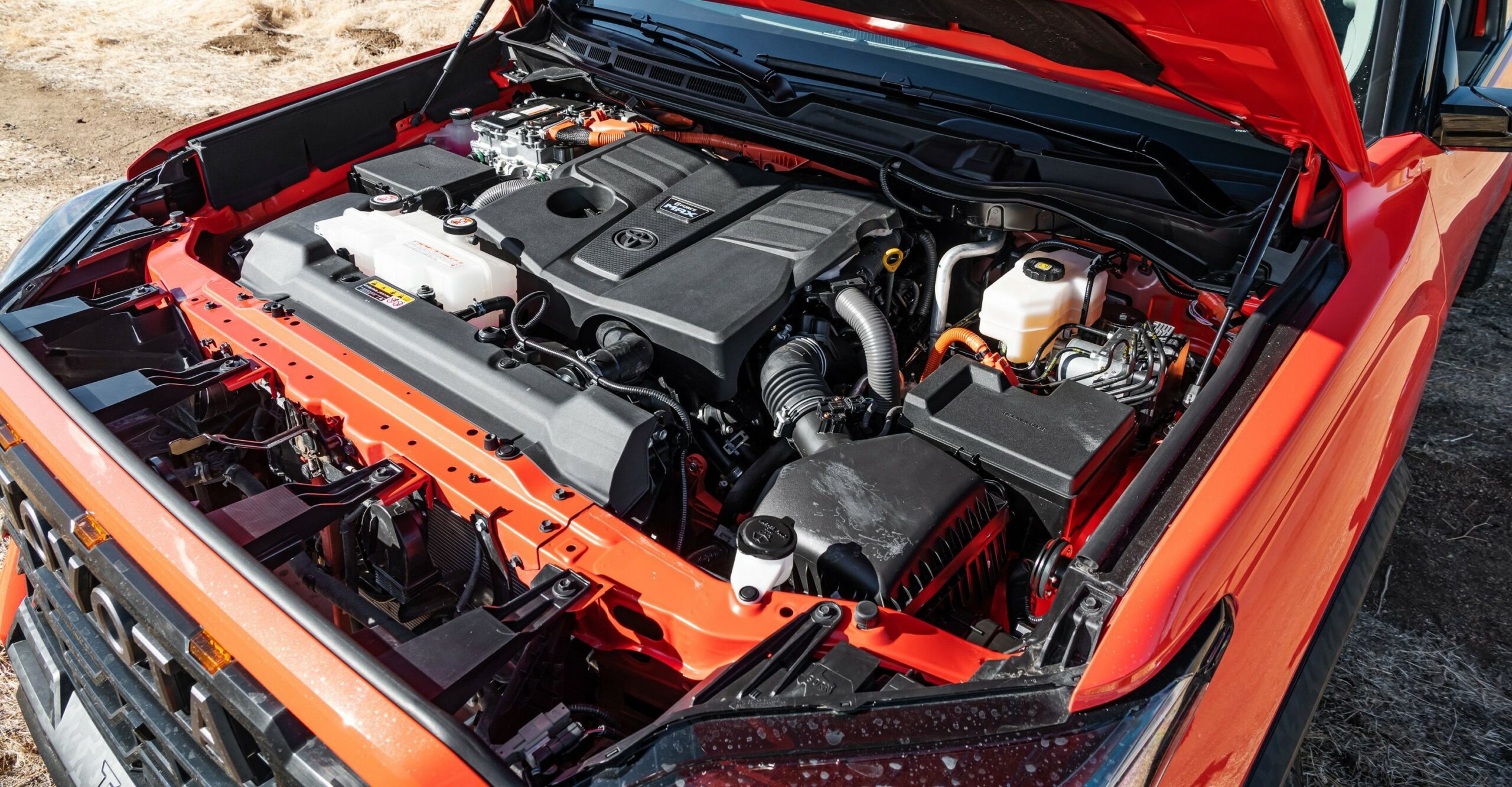 Currently, the Toyota Tundra is the sole large pickup truck that doesn’t offer a V8 engine. While there’s a possibility that this will change in the future, the possibility is low with the 2024 Toyota Tundra. In the near future, the model is expected to retain its twin turbocharged V6 engine that’s paired with a 10-speed automatic transmission and comes in three categories of power. The non-hybrid, entry-level SR trim is the only variant which engine generates 348 HP and 405 lb-ft of torque. Higher trims are supported by a powertrain that produces 389 HP and 479 lb-ft.

It makes sense if the Toyota wants to puts out a carryover model for the 2023 model year, as it just went through a redesign in the previous year. However, what about the 2024 Toyota Tundra?

Turns out, the case is predicted to be rather similar. To point out some notable design features, the Tundra features a bulky dashboard with a huge air ventilators and door panels-connecting center section. It is equipped with a far nicer materials compared to the prior generation, be it on the doors, dash, or center console. Obviously, the higher trim you get, the better quality it offers. For an example, the top-ranging trim provides appealing wood accents material. 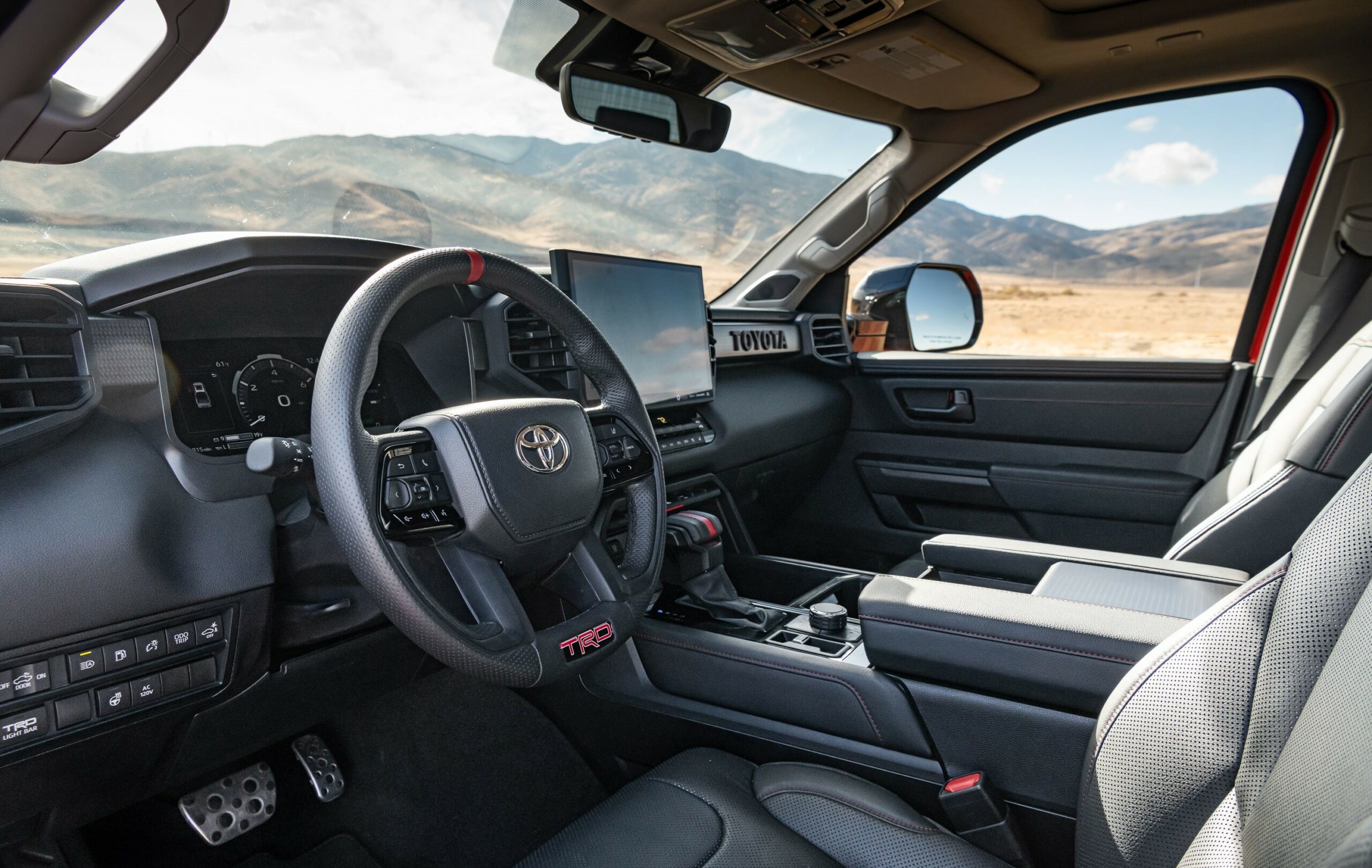 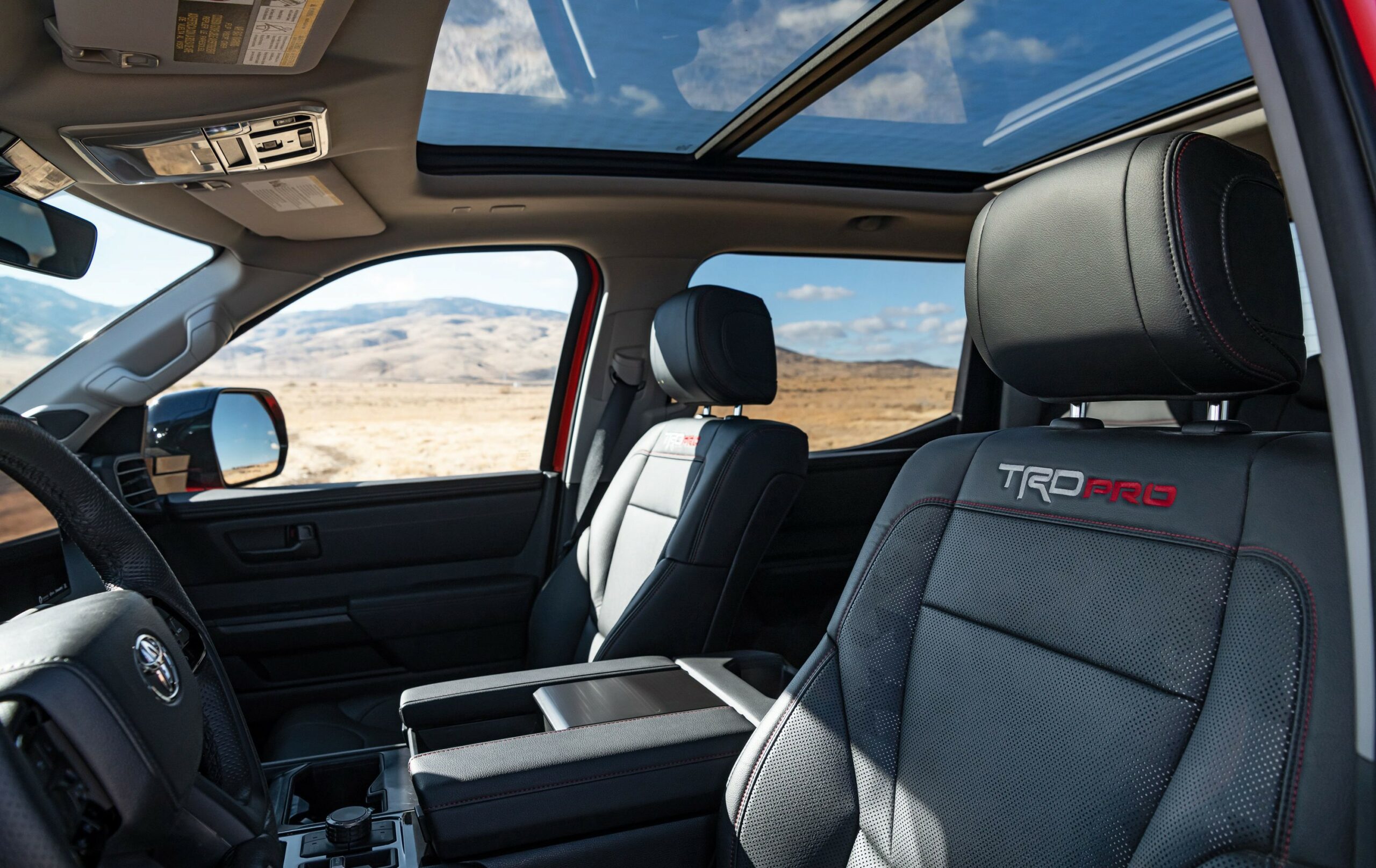 Either way, the 2024 Toyota Tundra is predicted to feature a similar center console as the current one, with a large center bin and plenty of cubby storage. It features a small driver-info display and analog instrument cluster as standards. The top-of-the-range trim is equipped with a 12.3” digital instrument cluster.

It also offers two infotainment display screen sizes: a 8” or 14” touchscreen. Either way, both offers far improved setup compared to before and it runs more smoothly. Apple CarPlay and Android Auto come as standard, while a wireless device charging pad and USB ports are offered as optional or standard, depending on the chosen trim. Moreover, the 2024 Toyota Tundra is also likely to feature 6-, 9-, or 12-speaker sound setup, depending on the chosen trim.

Although the revelation date of the 2024 Tundra hasn’t been announced yet, it is likely that the model year will make its debut in late of 2023.

Lacks of details similar applies to the 2024 Toyota Tundra price details, even though the industry analysts expect the price points to remain the same. That being said, considering the pricing of automobile industry products tends to raise every year, it is safe to assume that the upcoming Tundra will experience bumps of cost as well. For your reference, the current model starts at around $36,000 to $38,000 MRSP for different body styles.