Exciting Details to Anticipate From the 2024 Ford Ranger Raptor

With the new Nissan Frontier, the anticipated new Chevrolet Colorado and the rumored next-generation Toyota Tacoma, it seems like the mid-size pickup truck segment will experience a significant overhaul. However, a release that is not less exciting than these mentioned names is the all-new 2024 Ford Ranger for the United States market. Plenty of details can be forecasted by looking at the Ranger Global Edition that has been released earlier. Discover more about it below.

The 2024 Ford Ranger is predicted to be largely similar to the Global Ranger, but apparently not in the powertrain department because out of the three options offered, they are all diesels that unlikely to come to the US market. So, the best bet is that the upcoming all-new Ranger will follow the base powertrain of the Bronco with 2.3L turbocharged 4-cylinder engine. It may also feature the 392 HP twin-turbocharged V6 engine found in the global Ranger Raptor.

Note that none has been officially confirmed by Ford yet. More rumors regarding the Ranger said that it will come in electrified version, but not in the near future. The company is set to go electric and hybrid in Europe in 2026 only. This is supported by a sighting of Ranger PHEV prototype testing in Europe. Accordingly, the automaker is said to be collaborating with Volkswagen to produce EV Ranger in 2025 and the name Ranger Lightning has been filed for a trademark in Europe as well.

The 2024 Ford Ranger is reportedly arrived in the United States market as an all-new next-generation. The next-gen version of this mid-size pickup already came to a few countries including Australia, but this is not the case with the US. However, it is expected that the US version will be almost similar to the global Ranger version, so if it’s anything to go by, here are some details regarding the redesigns. 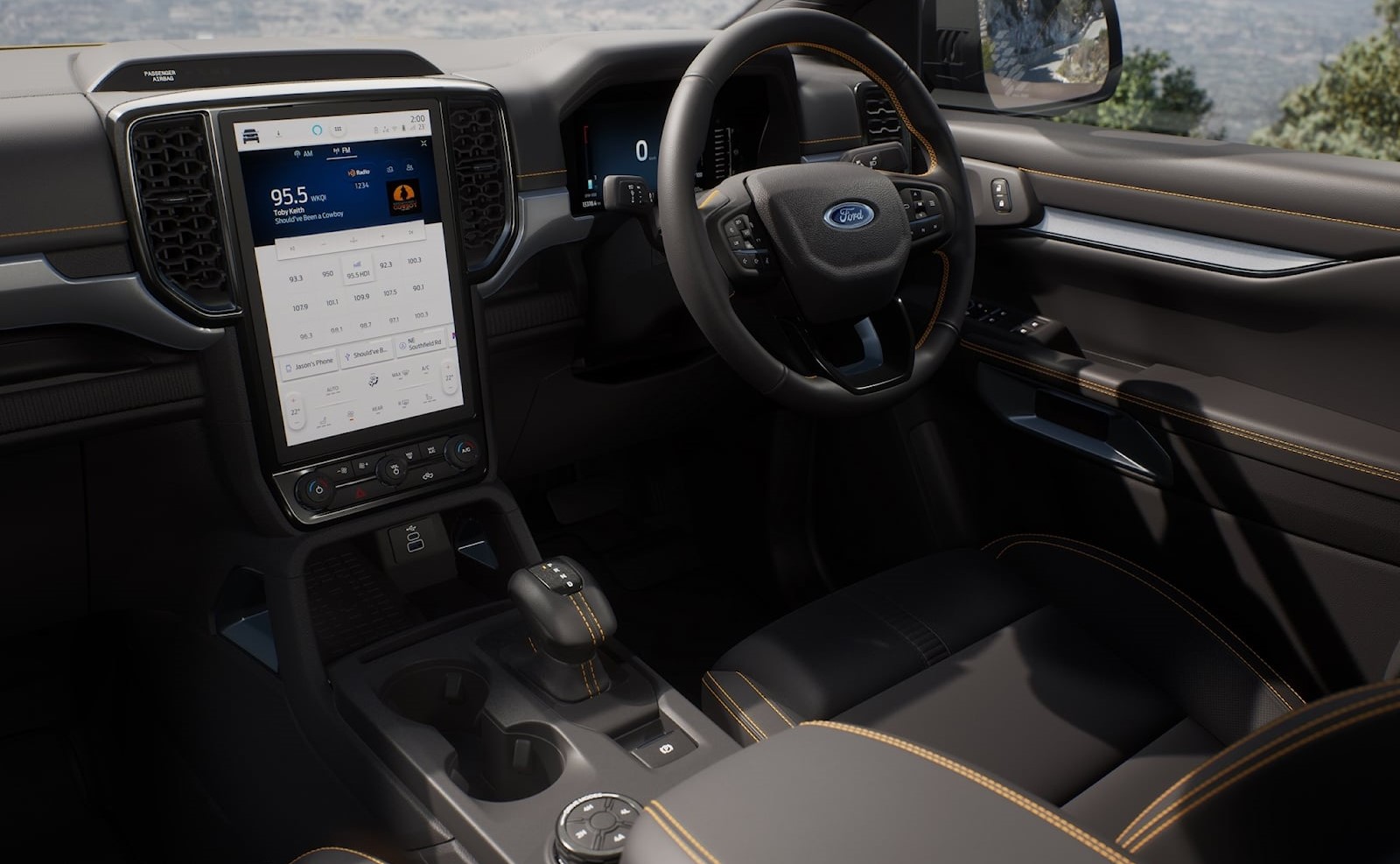 The upcoming Ranger will use the Bronco’s T6.2 platform and is going to be assembled in Michigan, Wayne manufacturing plant. It sports a boxier and a more carved appearance that’s currently the trend for latest trucks. Styling-wise, it’s expected to pick the cues from the new F-150 and Maverick.

According to the spy photographs, the Ranger seems to offer a larger and longer dimension for the SuperCrew version. The global Ranger edition itself boasts a lengthier wheelbase with around 2” additions that provide more spacious legroom for back-row passengers. It also earns about 2” wider track that results in a more generous load area.

Moving on to the inside, the 2024 Ford Ranger potentially offers a completely transformed cabin. A touchscreen display located at the front and center is equipped with SYNC4 infotainment software program and available in 10.1” or 12” sizes—considering that the Ford Mach-E and Expedition receives a 15.5” display. 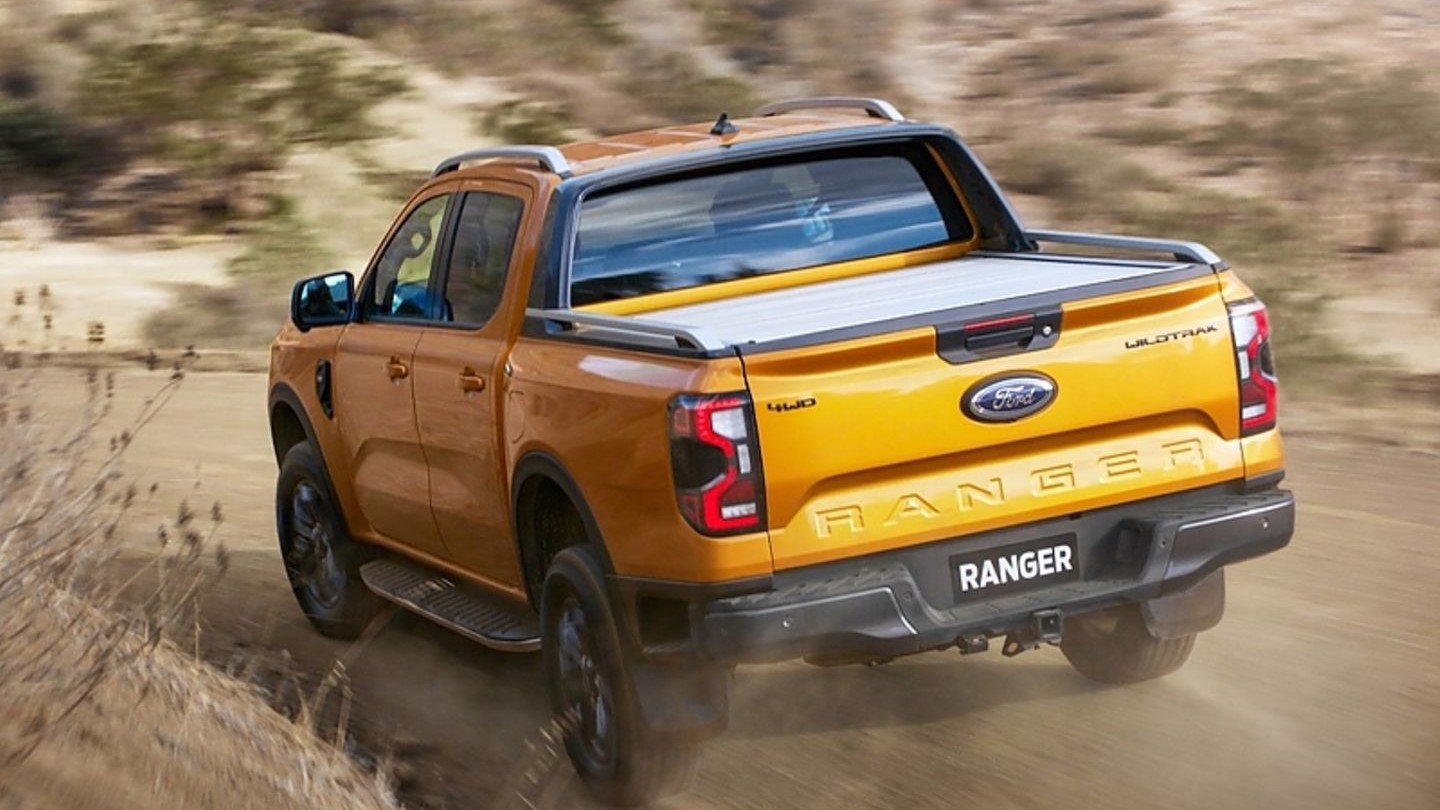 Moreover, the new 2024 Ford Ranger also earns a completely digital instrument cluster that modernizes it. A fancier controller with a more sophisticated design is replacing the huge gear level as seen on the prior generation. A revamped drive mode changer and a power handbrake are also to be anticipated. More tech features that potentially rolls out with the upcoming Ranger are a surrounding-view camera and matrix LED headlights.

According to the Ford CEO, Jim Farley, the Ford Ranger will be delivered to the US market in 2023, that means it is going to be either a 2023 or a 2024 Ranger. A trustworthy source provides more details by saying that the production will start in May 2023 that indicates it’s more likely to be a 2024 model year. If the report is accurate, then it may be available by summer 2023.

Nothing has been said yet about the 2024 Ford Ranger and given that it’s going to be an all-new model, a price bump is expected. For a reference, the 2023 Ranger model is offered at the starting price of nearly $28,000.