The 2024 Kia Sportage is expected to arrive as a carryover model. This is considering that the 2023 model year is introduced as a fully redesigned model, in which it earned upgraded engines, a lengthier wheelbase, a daring design, and more tech features-resulting in a confident looking and space generous compact SUV. Read more about the upcoming Sportage below.

The 2024 Kia Sportage is predicted to bring three powertrain options:

Each Sportage are available in 4-wheel drive system, except for the plug-in hybrid variant that’s offered in all-wheel drive only.

As mentioned above, the 2024 Kia Sportage is expected to roll out as a carryover model, with a lot of preserved aspects from the 2023 model year, where a full redesign happened. In general, its exterior design should be largely similar with the previous one.

Some notable design adjustments are the distinctive, almost extraterrestrial-like design. Most space on the front end is taken by the grille and is divided half-and-half horizontally. The daytime running lights have boomerang shape and located beside the grille, while the headlights are placed quite low on its front end, resulting in a one-of-a-kind appearance. At the rear section, it’s just as unique with a protruding black trim that connects the taillights.

The prediction of similar design to the 2023 Sportage also applies for the interior part. The SUV’s cabin is not as peculiar as its exterior with more luxurious features. The upscale design impression it boasts is accented by a massive digital display screen and other appealing details on the dashboard. It offers options between all-black or two-tone colored cabin, in which both make appealing alternatives.

A start button, a rotary knob, and plenty of other control options can be found on the center console. Due to the fact that it is designed with a bigger dimension and a more extensive wheelbase, the Sportage offers more spacious legroom in the back row seat and a 40 cu-ft cargo area. The versatility is enhanced even more by the dual-level cargo floor feature. Some other useful features are also given to the Sportage such as USB ports and coat hangers function molded into the front headrests’ back section.

Furthermore, the 2024 Kia Sportage is also likely to bring back the packed high-tech features from the previous model year, which include an 8” touchscreen display, a 12.1” digital instrument cluster, Bluetooth, a wireless hotspot, Apple CarPlay and Android Auto, and a USB port that come as standard. Some optional features are a 12.3” touchscreen, a wireless charger pad, and navigation system. 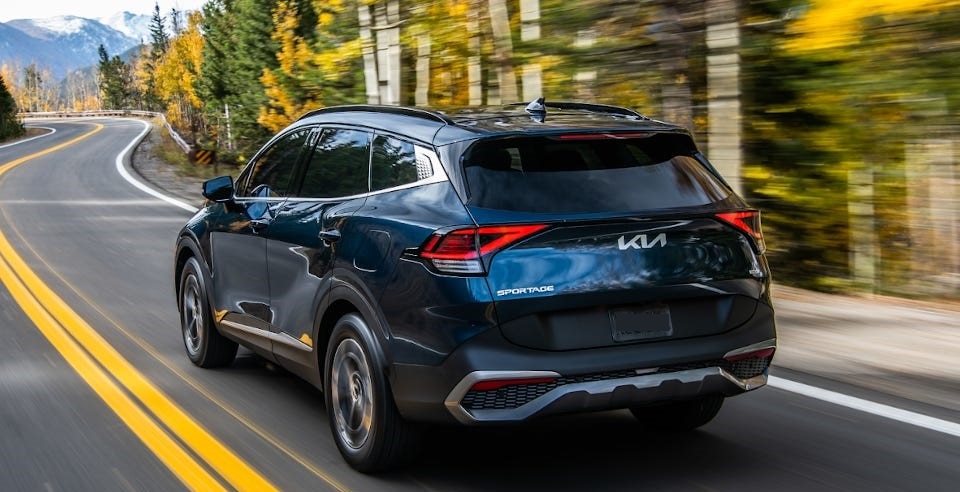 Nothing is known at this point regarding the exact arrival date of the 2024 Sportage. However, if it follows the release schedule of the 2023 model year, then it should arrive by the 1st quarter of 2023 calendar yet.

The price details of the 2024 Kia Sportage also haven’t been revealed as well. It might be available at a slightly higher price than the current one, which starts at around $27,200.